If you live in a climate that sees snow in the winter, chances are you want both summer and winter tires for your car (though all-season tires are much better now and less of a compromise than they used to be). Ideally these would come on different sets of wheels. This is a bit pricey when buying new wheels, but a second-hand set for a common car can usually be had at decent prices. My E39 came with summer tires on the correct style 50 wheels, and winter tires on style 48 wheels – which meant that I could do the switch myself. Hence I acquired the necessary tools. You want at least the following:

If you take the proper safety precautions, such as telling them where they are allowed to stand and what they are allowed to touch, changing wheels is a great way to get the kids involved. Here’s my three-year-old son trying to jack up the car (now that he’s five years old, he finally has the strength to do it):

And my daughter removing the bolts. Be sure to hold the wheel in place when the final bolt is removed.

If your kids are know how to write, let them mark the tires with the position on the car. They can also help with cleaning the wheels before they are put into storage. Don’t forget to check the tire pressure, and re-tighten the bolts with the torque wrench after 50km to 100km of driving. 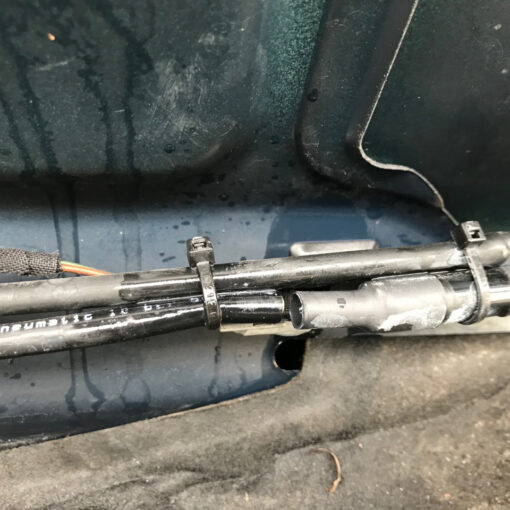